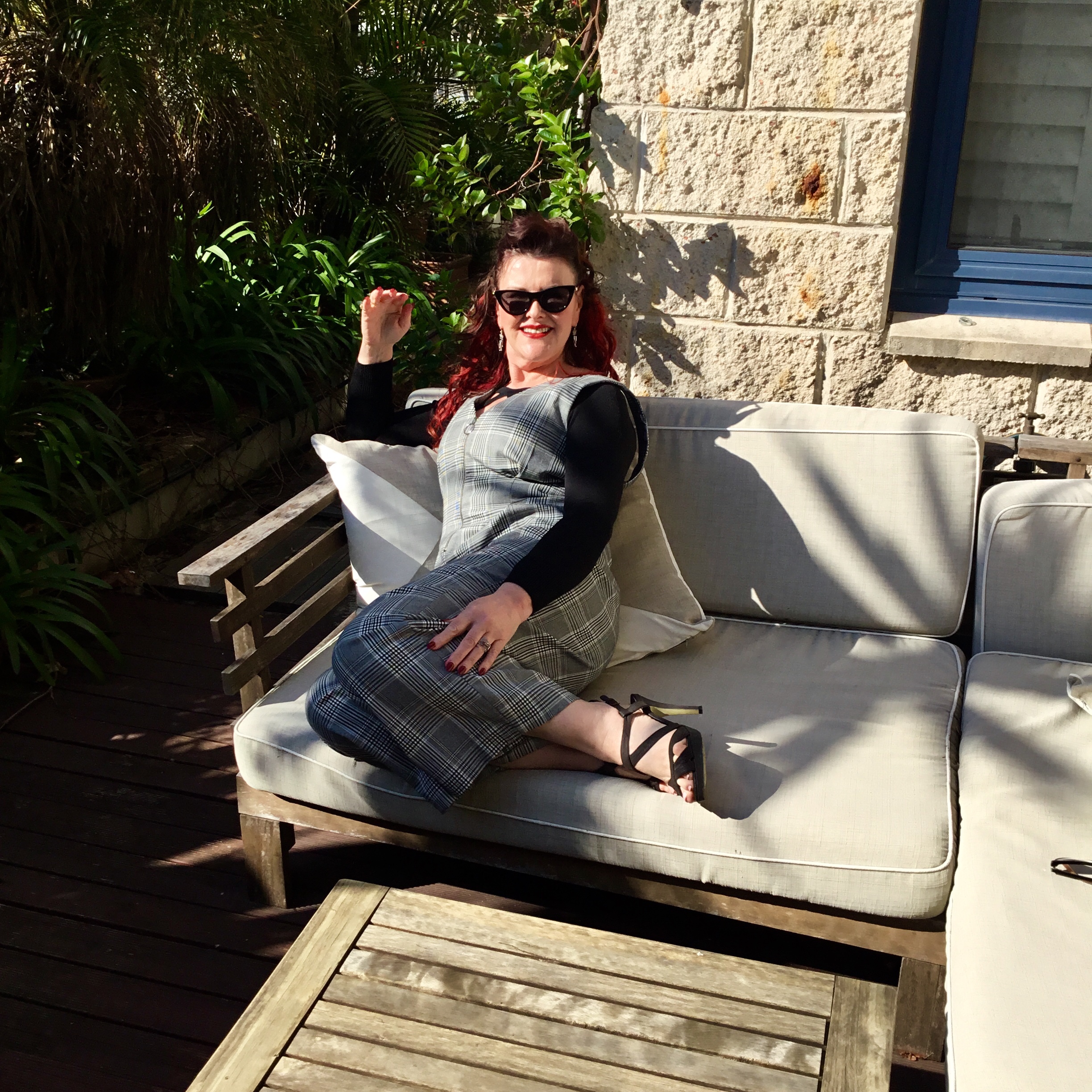 The good thing about wearing dresses is that you can throw one on and a pair of shoes and you’re out the door, so I suppose it follows that it’s the same concept with jumpsuits.

My issue with jumpsuits is that I’m longer in the body than in the legs so they can sometimes pull in the crotch area giving a questionable fit.

In actuality, despite what my son pontificates to me about leisure wear being sexy and appropriate, a jumpsuit is about as close as his dear old mum is going to get to such a trend.

This jumpsuit is so easy to slip in and out of with its ring pull front zipper.

I’ve worn it on a warmer day with a printed t-shirt underneath and it has been suggested it would look great with nothing under it but that really doesn’t suit my aesthetic!!

I tried it with a button down blouse, but it puckered and pulled and was generally annoying, so I stuck with this top with cutouts.

The Criss-cross of the cutouts are reflected in the platform sandals too, which I rather like!!

The thing with social media and the post-modern world, in general is that culture and language is getting a bit muddled and mixed.

In Australia, check patterns were mostly referred to as tartan, but we seem to be referring to it as plaid these days – from the American influence which is interesting, although as my mother was a Scot I shall keep calling it tartan … lol!!

Having analysed the name of the print I’m wearing I have to say I’ve always loved it and think it looks fresh and elegant.

I went for the safe option of black underneath but I think red and other colours would look great too.

The darted tucks at the front of the jumpsuit give it a lovely, although relaxed and roomy shape, which is great for the weekend when running a few errands and whatever – in this case, voting in the federal election, the result of which I will not discuss except to say “Grrrrr!!!” ….

This jumpsuit favours the current trend of being cropped – as I’m petite it’s not as short as it could be, and quite frankly it’s not a trend I love, but hey I felt it was a fun piece so I succumbed and bought the jumpsuit anyway…

I added my silver robot earrings and black cat’s eye Lespecs sunnies and was good to go!

I’m thinking that when it gets a bit colder I could add tights, booties and a leather jacket and this would still be very wearable as it is a quite substantial and heavy fabric.

Thank you for joining me in my little corner of the web and I would love to hear your thoughts on some of the things go I’ve discussed here in the comments below or leave a like or follow,

Styling A Sunray Pleated Skirt, a fringed jacket and a groovy hat for Stylish Dressing!! 🤔🙀😉 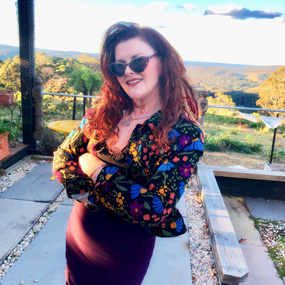 A passion for fashion with a love for retro, cosplay and food ...

Cool In A Black and White Dress!!

Top of the World look of the week